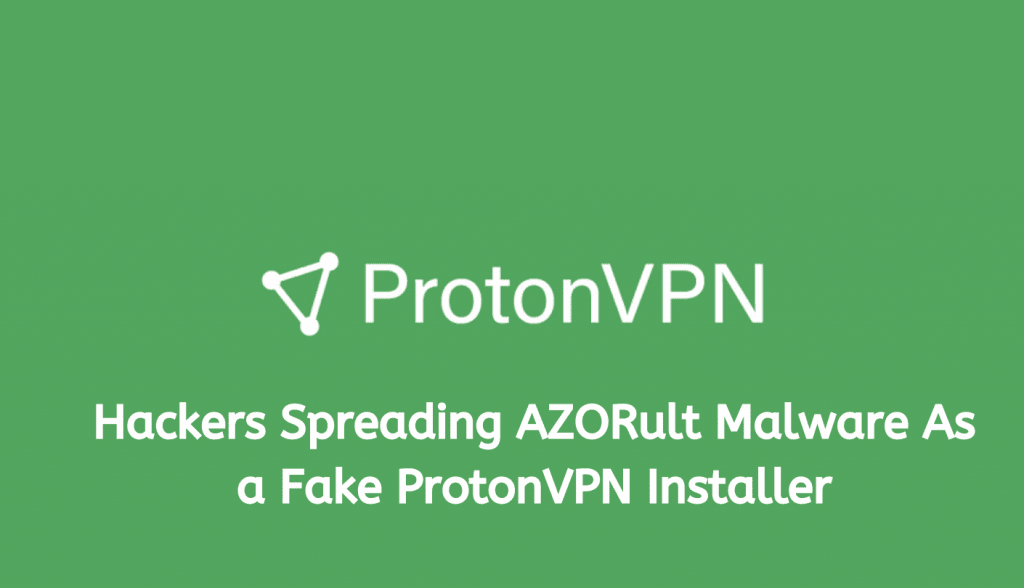 ProtonVPN is a security-focused open-source virtual private network (VPN) service provider developed and operated by Proton Technologies AG, the Swiss company behind the end-to-end encrypted email service Proton Mail.
A fake ProtonVPN website was used since November 2019 to deliver the AZORult information-stealing malware to potential victims in the form of fake ProtonVPN installers as discovered by security researchers at Kaspersky.
AZORult is an ever-evolving data-stealing Trojan that sells roughly $100 on Russian underground forums. It is also known to act as a downloader for other malware families when used in multi-stage campaigns.
As Kaspersky’s researchers have discovered, protonvpn[.]store, a website used to deliver malicious fake ProtonVPN installers (also recognized as DrStache), was registered via a Russian registrar in November 2019.

After the successful infection, Azorult malware collects the system information and share it to the attacker via command and control server which located in the same ” accounts[.]protonvpn[.]store server.”

Kaspersky products detect this threat as HEUR:Trojan-PSW.Win32.Azorult.gen. Hackers cloned the official website of protonvpn using HTTrack Software, which is shown below.